After reading about all the fascinating birds other people have seen in nature-filled havens in Singapore, we decided to set off on an excursion to find some of these cool birds! With the weather shining kindly down at us, and bags packed and binoculars round our necks, we set off to Mount Faber Park to snap some birds. Mount Faber is part of the Southern Ridges Trail. As it was a nice Sunday, there were quite a lot of people and we were afraid the birds would be scared away, so we took one of the quieter routes, a long slope winding up. Then we heard lots of bird sounds, and two little birds flittered about the trees! They were so fast, it was impossible to get any good clear pictures. The backlit and dim lighting made it even worse. We think they were tailorbirds! As we don’t have very good pictures of tailorbirds at home, we spent at least 10 minutes chasing the tiny twittering birds, but to no avail 😦 On the way up, a cute grey cat welcomed us:

Right at the top was the well-known bridge. There were definitely more people, but we pushed on to explore the other side of the bridge. We saw more tailorbirds, flitting around a tree.
EDIT: GlasswingButterfly has identified the “tailorbirds” to be Pin-Striped Tit Babblers! :O thank you so much!

We managed to snap more shots of these elusive small birds before moving on. We climbed up this long staircase leading up to the highest point of the park! On the way, we spotted this amazing spider:

We finally scaled the long staircase. Thankfully, there was a bench for us to sit and enjoy the beautiful scenery:

A place to rest

A short while later, a friendly Javan myna stopped by to join us:

The Myna And The Rock

There was another short staircase to climb to get to the highest point of Mount Faber. Though sweaty and tired, we were most definitely rewarded! An oriole was spotted, welcoming us with its distinctive call. 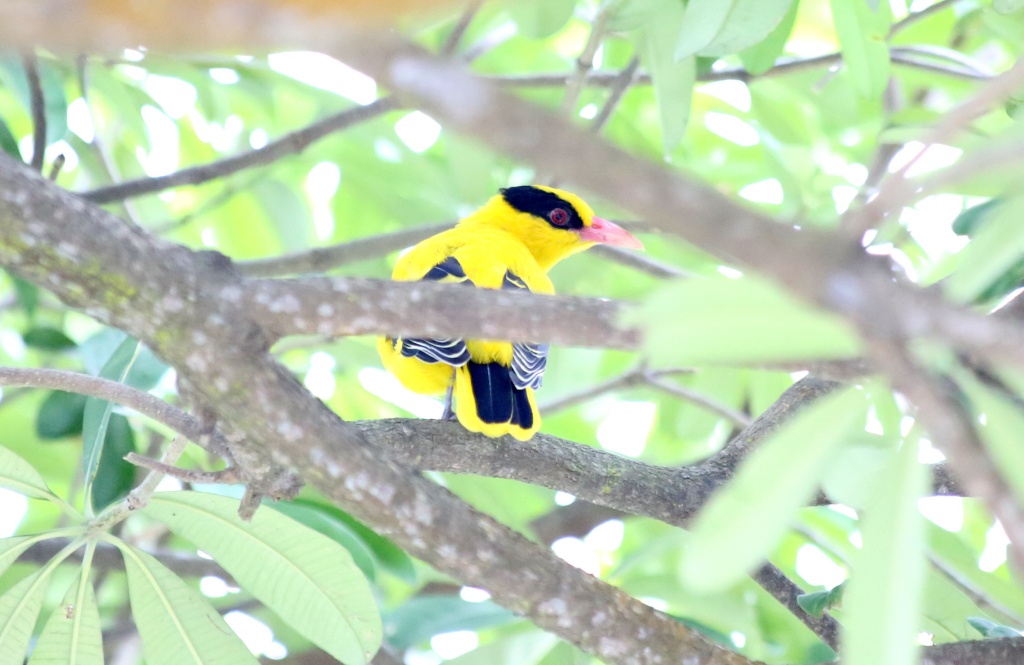 We even spotted one eating a fat, juicy caterpillar! It slammed the squirming green thing against the branch. 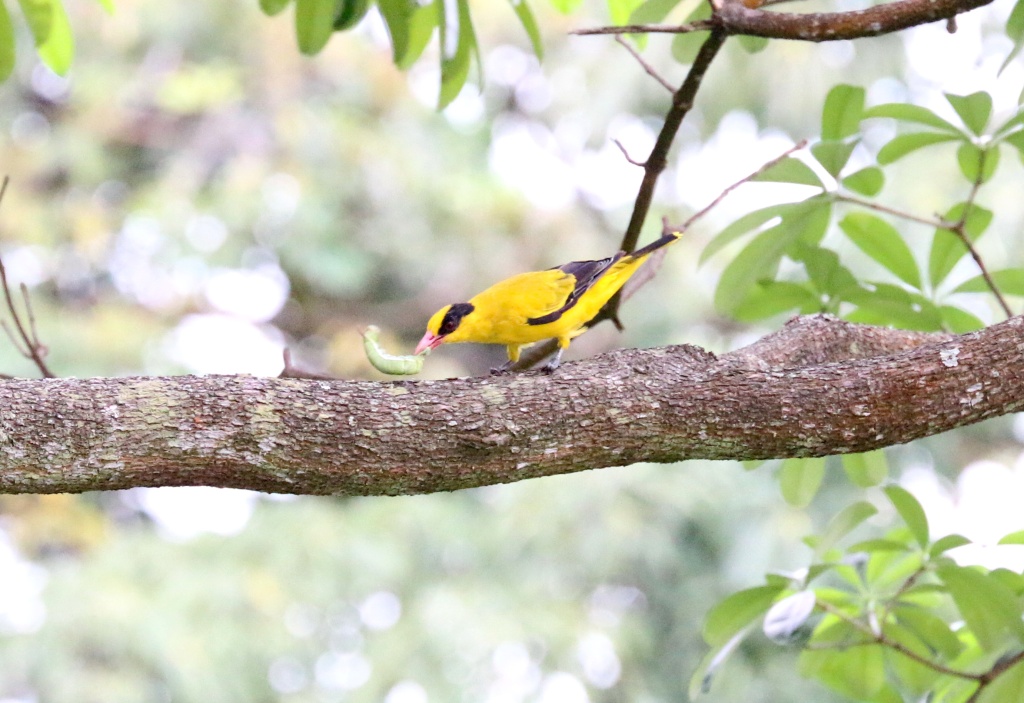 As we explored the area, we spotted an Oriental Dollarbird sitting high up on a bare branch! These birds are of the same family as kingfishers and bee-eaters (some of the birds common to our home). This bird is truly amazing! Like some other birds (such as the Greater Racket-Tailed Drongo) its feathers are black but look blue in different lights. However this bird was even more beautiful in that it is also a little turquoise as well.

At first, it flew away not long afterwards. We were rather disappointed. But then, it swooped back to the same spot, much like the way Blue-Throated Bee-Eaters catch insects in the air and return to their favourite spots near our home. That must be why they are in the same family! 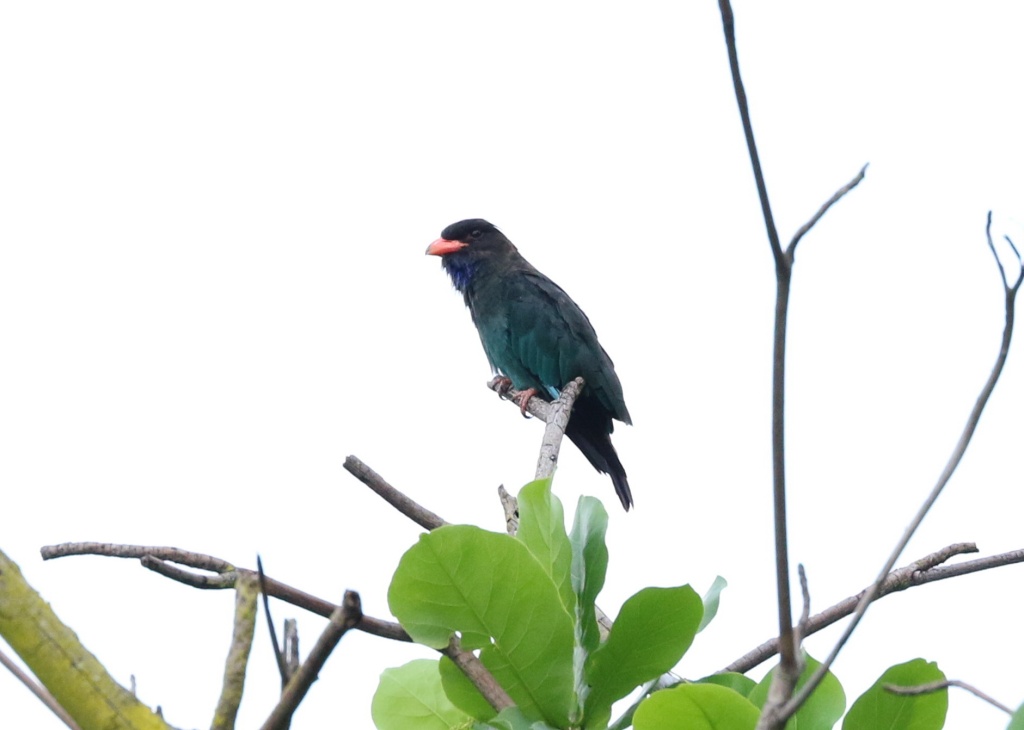 He’s quite big compared to other birds we’ve seen. The dollarbird stood there for a long time so we could admire him for as long as we wanted! While admiring the dollarbird, we also noticed another small bird fluttering around. It was actually a female Brown-Throated Sunbird: 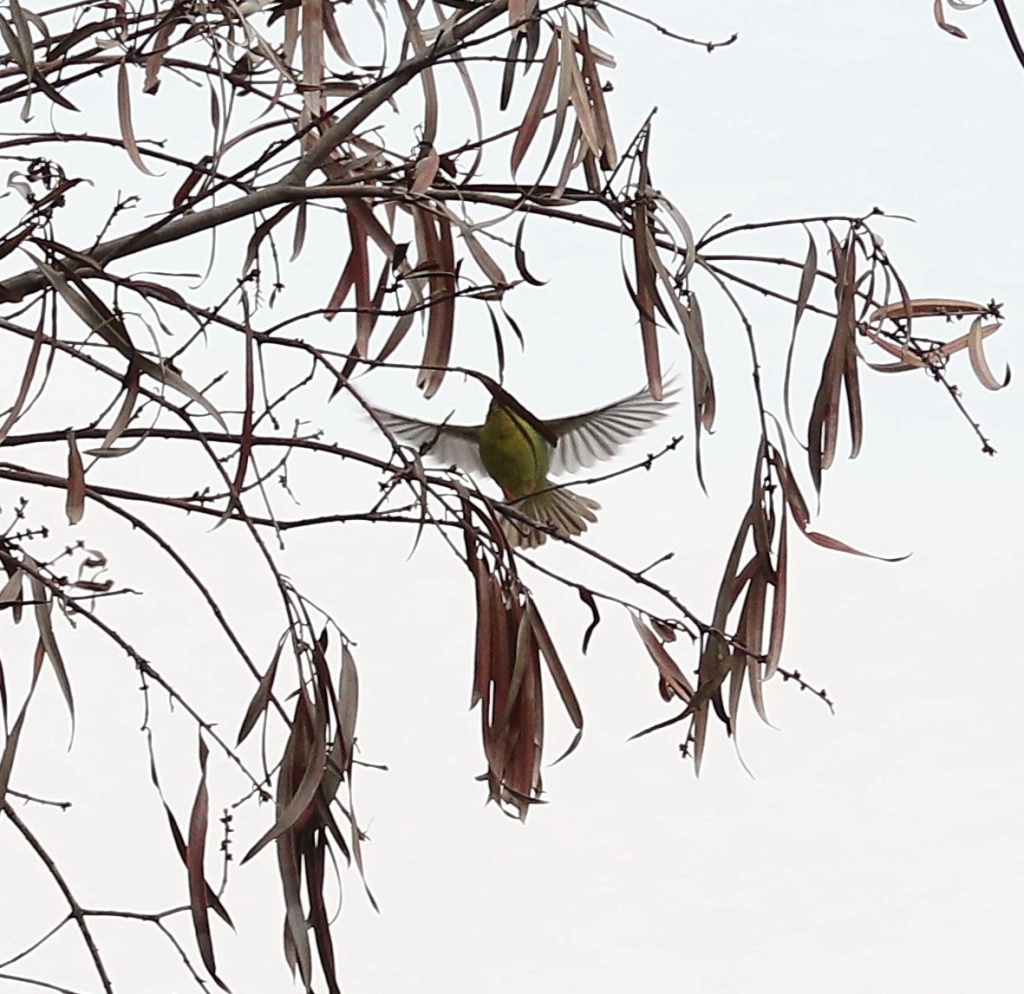 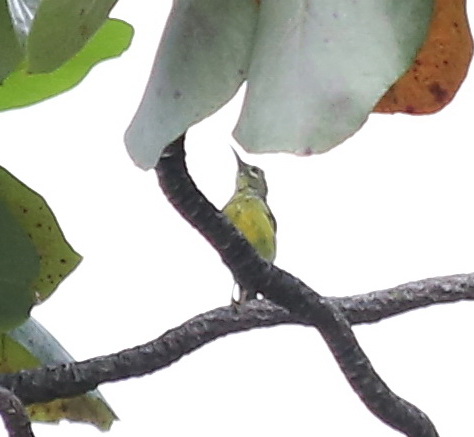 Then, we saw another tailorbird, extremely close up! This tailorbird was more “patient” with us, so we could get even better pictures! 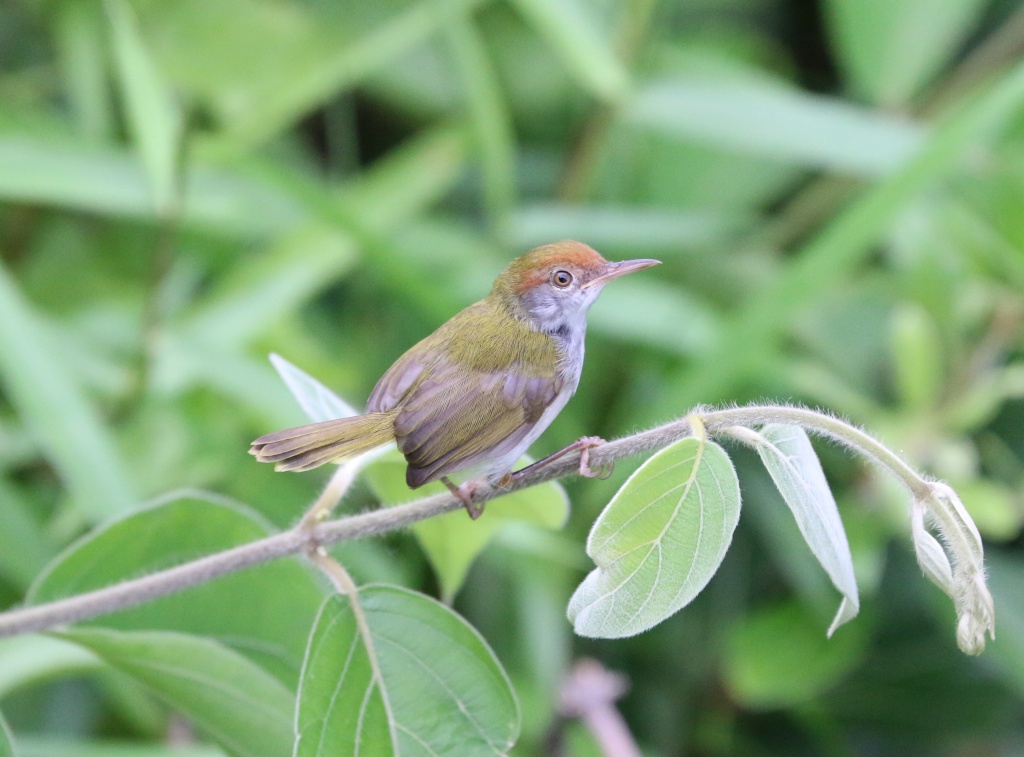 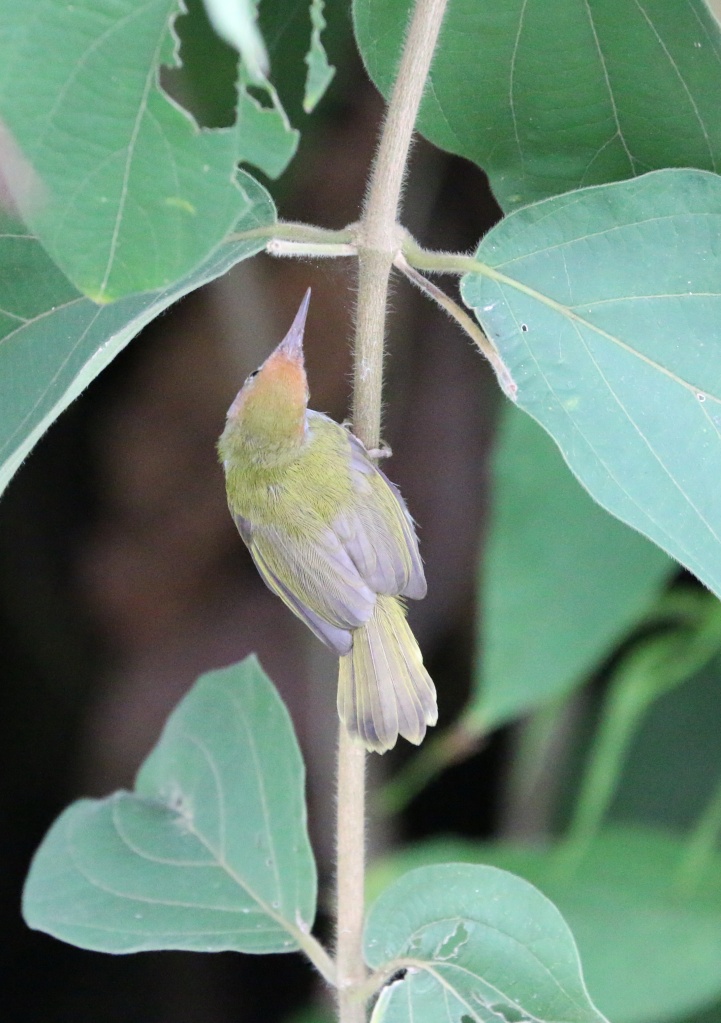 Finally, it was getting late, so we headed back towards where we started. When we reached the bridge, we noticed some monkeys:

The lighting gave the monkeys an ethereal look in our pictures. Lastly, the cat returned to wish us goodbye:

HD Cat Picture – worthy of being a wallpaper?

That was the end of our visit… we went home smiling at everything we accomplished! Mount Faber is really a great place for birds.

11 thoughts on “Visit to Mount Faber”