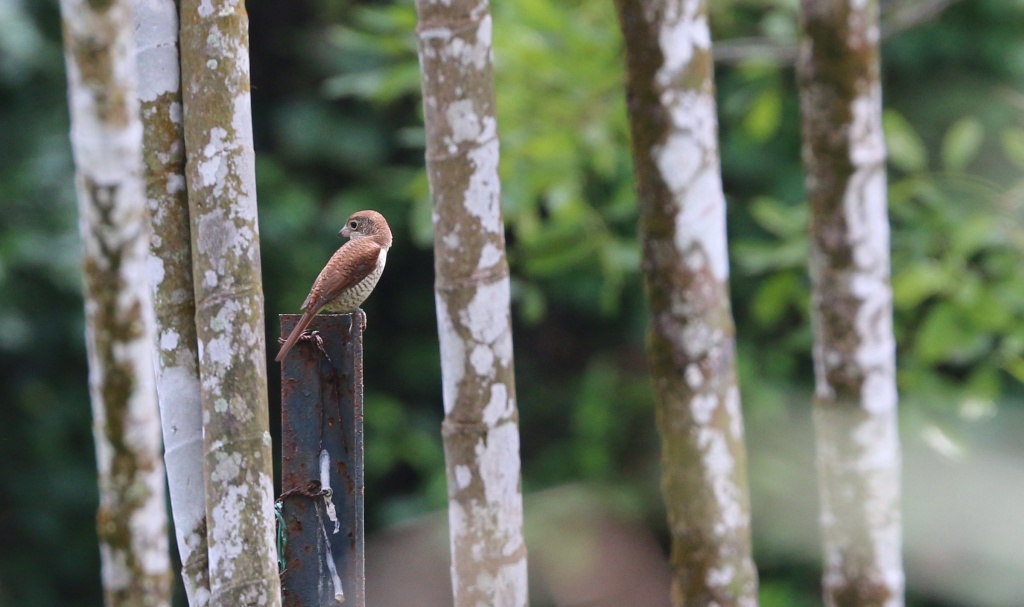 This cute little bird has just arrived for the winter. Although we’ve only seen it once (on the well-loved metal poles), we hope we’ll see it again!

Description: The Tiger Shrike (Lanius tigrinus), also called the Thick-billed Shrike, is a shy, often solitary bird. Its name comes from the tiger-like stripy pattern of its underparts which are white with dark bars. Adult males have a grey head and a black mask – the one we saw was probably a female or juvenile. You can find it in forests, hunting from a perch at the forest’s edge (think metal poles). Its song is a musical warbling.

Diet: Mainly insects and some lizards.

Fun fact: The name of the genus Lanius (typical shrikes) means “butcher” in Latin, referring to the birds’ habit of impaling and storing prey D: We don’t think our little shrike is so murderous! Just look at its adorable face.

The first (and currently only) time we saw this shrike! It first appeared on a metal pole at the edge of our balcony range. 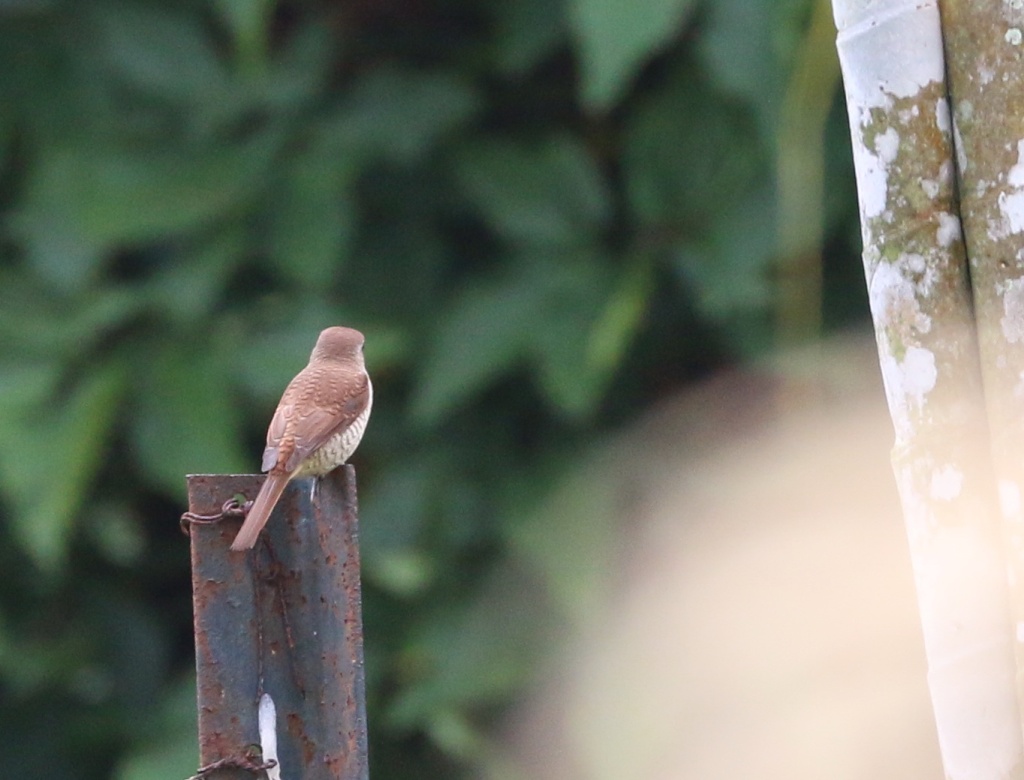 We think it heard us clicking away.

So it escaped to another metal pole between some trees. We had thought it had flown away! Little did it know we were lurking around >) 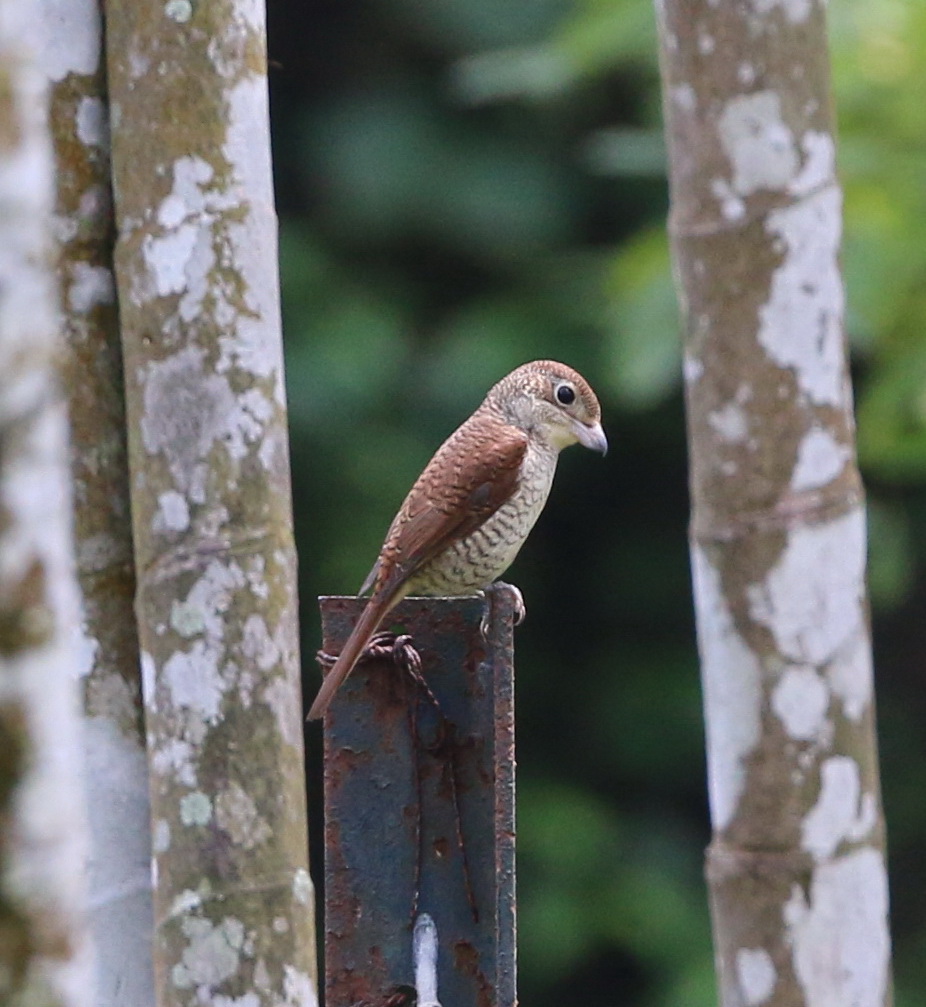