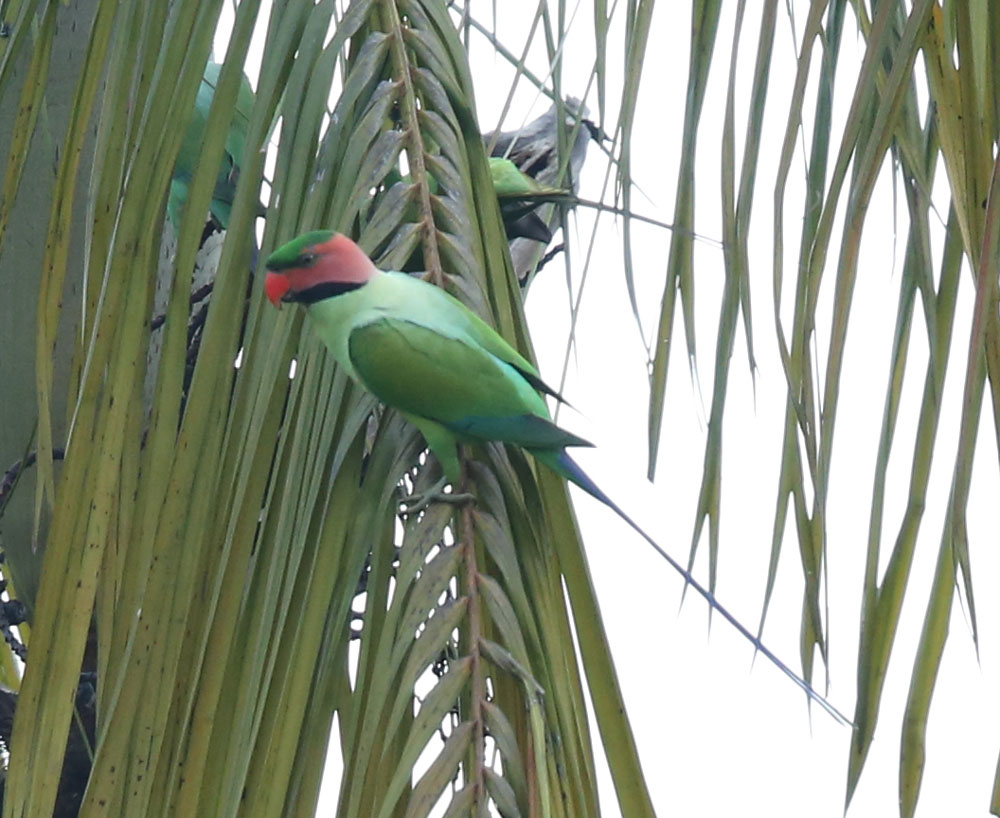 We used to always think the shrill calls we hear regularly were from ordinary starlings, but we soon found out that they were actually from these colourful parakeets! They have a lot of personality 😀

The Long Tailed Parakeet (Psittacula longicauda) is endemic to the Andaman Islands, Nicobar Islands, Sumatra, Borneo, and Peninsular Malaysia (including Singapore). They are mainly found in forest, swamps and mangrove areas. They have a very distinct call and shape when they fly, and are commonly seen in huge groups. These parakeets are mainly green with blue wing feathers and lower back. Their faces are pink with a black stripe on their cheeks. Females have grey beaks while males have bright red-orange ones. Females also have shorter tail feathers, and duller cheeks. 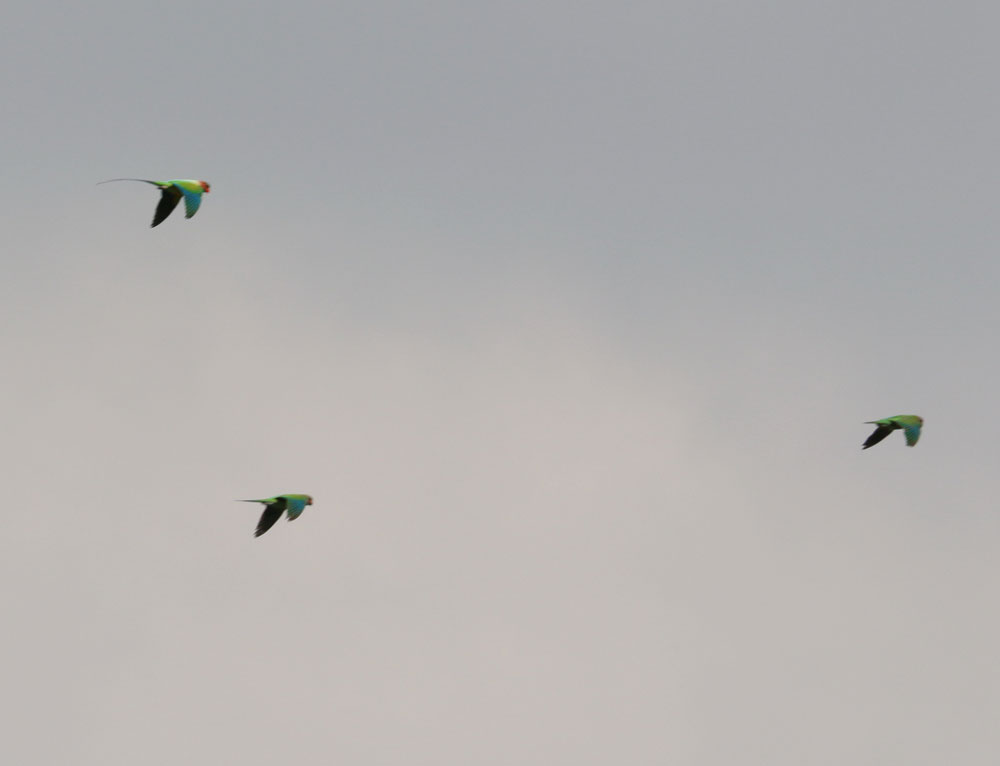 Long-Tailed Parakeets are really very colourful! Even the bottom of their wings are a different colour (as you can see, yellow)!

Showing off my wings 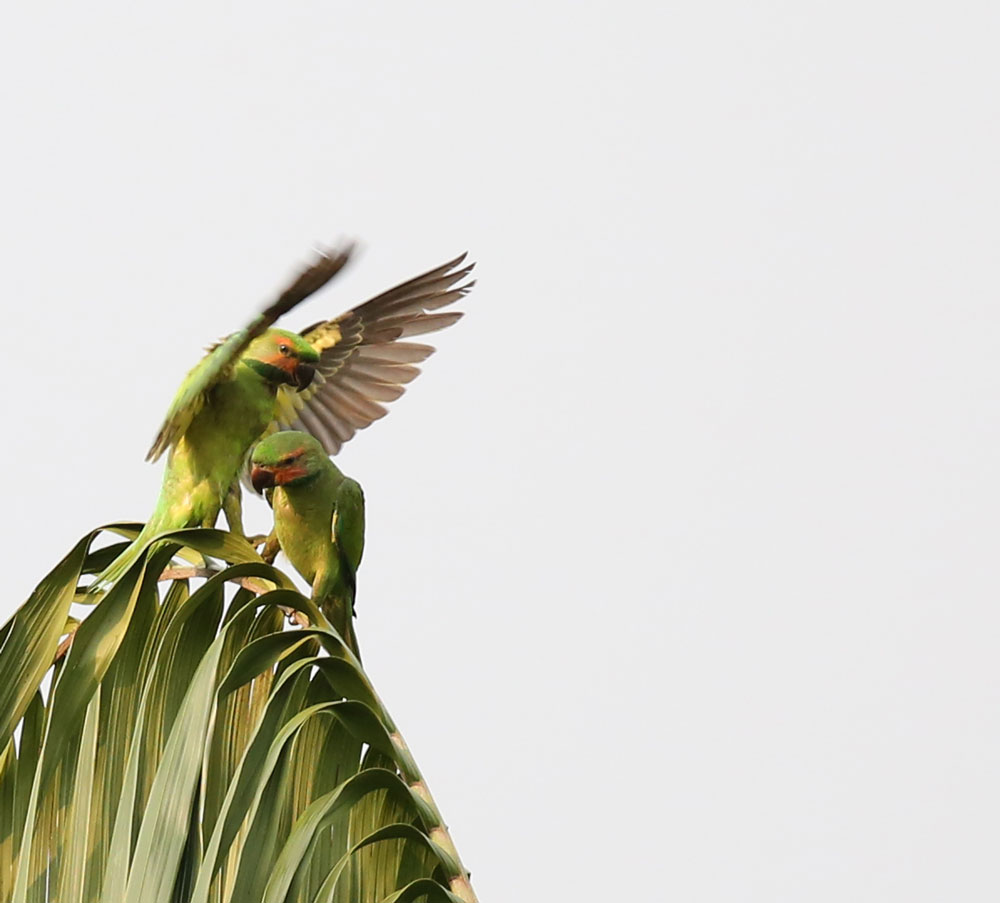 Here you can see the size of a Long-Tailed Parakeet in comparison to some Pink-Necked Green Pigeons (which are about the size of any ordinary pigeon)!

This is also an example of a male parakeet…

…while this is a female one! 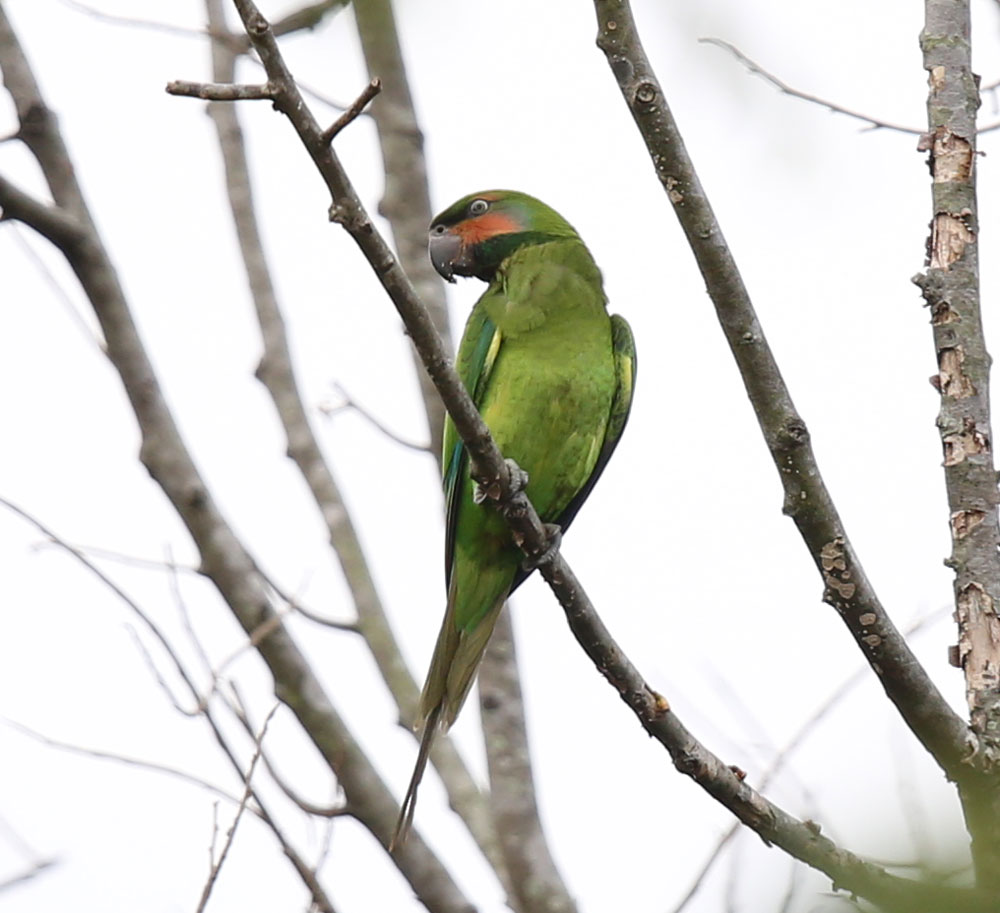 Gnawing on the branches…

How many parakeets can you count in this picture???

(Parakeets like travelling in huge groups such as this one!)

Look at their colourful backs!

Picking up some food~

A comparison between the male and female parakeets! (Male is on the bottom left, female is on the top right!)

Look at their wings :O

A whole troop of parakeets!!

A better look at the wings and back of a parakeet! They are very active birds when they’re around so we are able to take lots of great photos of them in flight.

This parakeet seems to have taken an interest in this leaf. 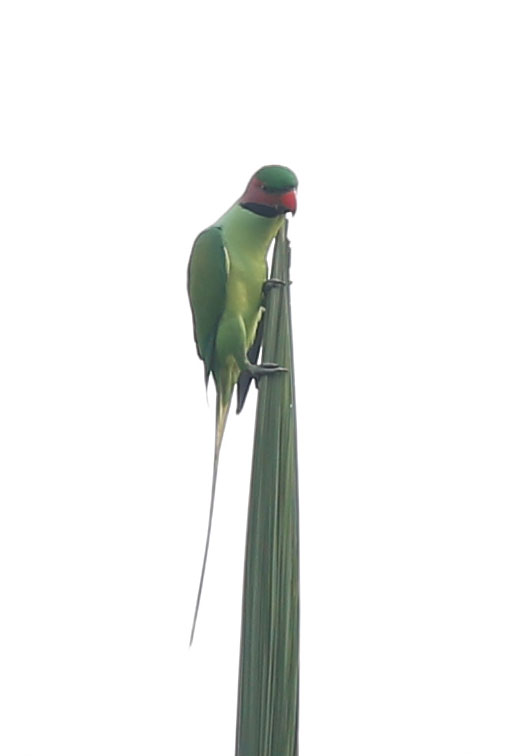 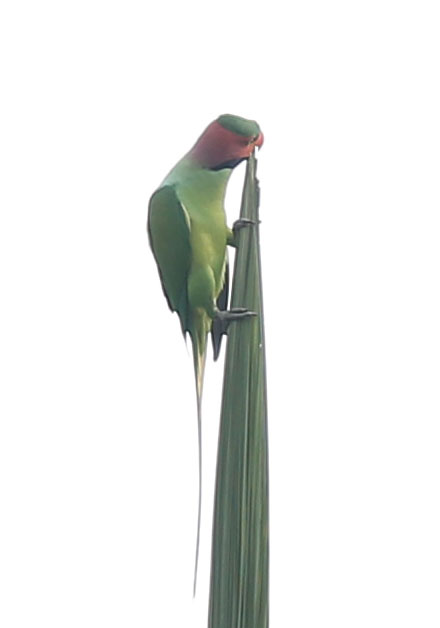 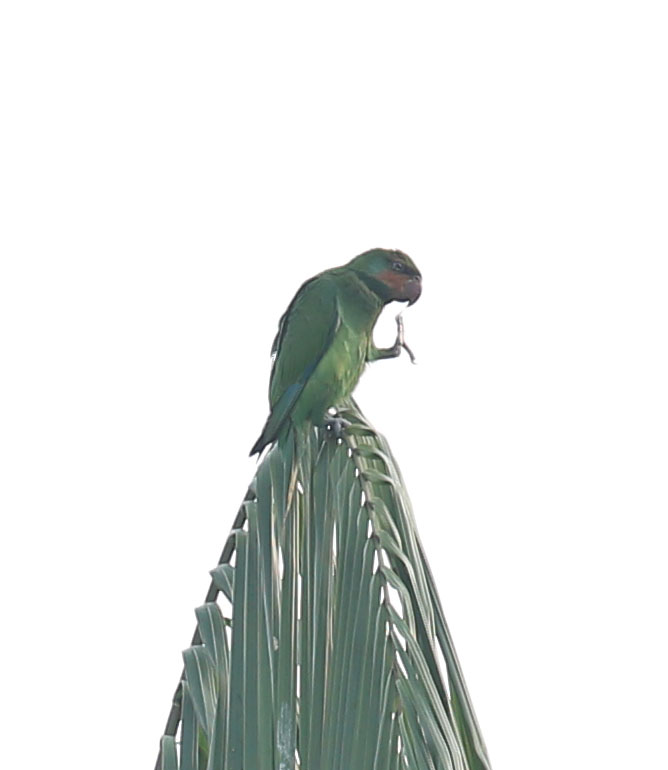 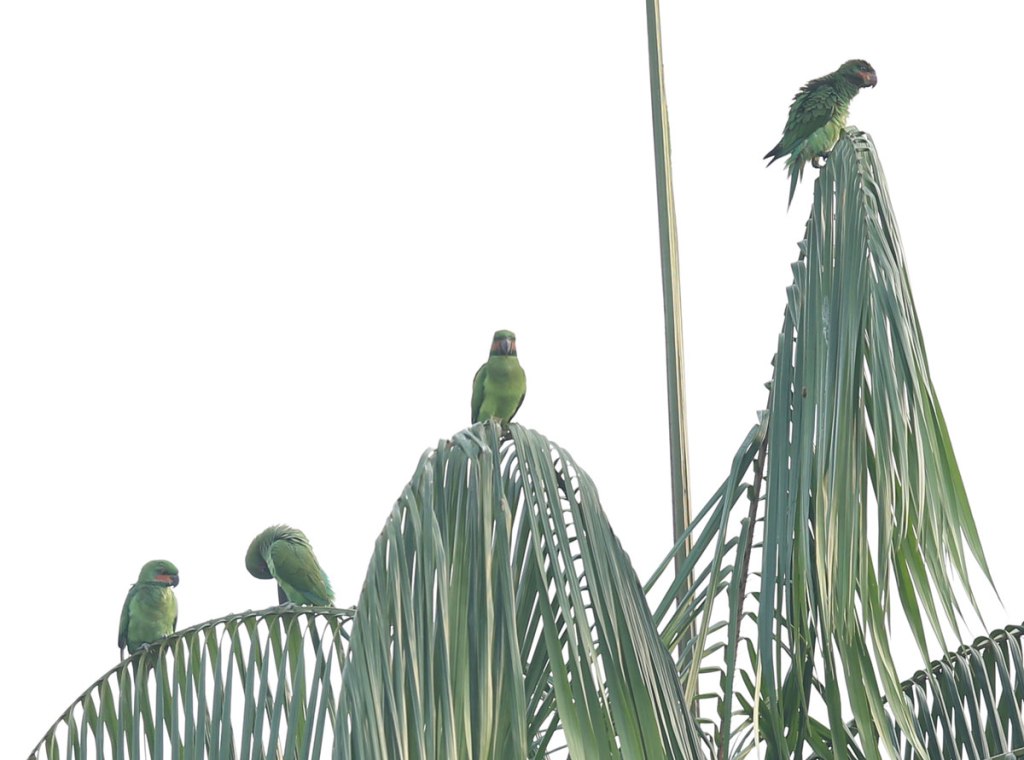